On Wednesday, the three Bergen County freeholders elected in November were sworn in to office. All county officials in Bergen are now Democrats.

At the annual reorganization meeting, Freeholders Mary J. Amoroso, Germaine M. Ortiz, and Thomas J. Sullivan were sworn in for their first full three-year terms. Freeholder Tracy Silna Zur–now entering her fifth year as freeholder–was elected as board chairwoman and Sullivan was selected as vice-chair. 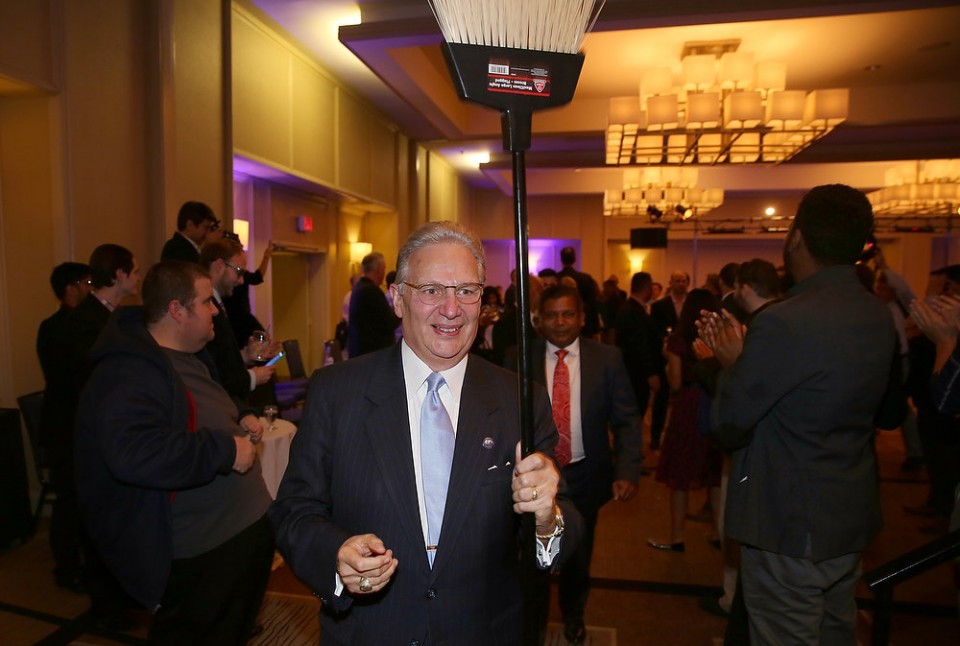 On a historic election night that left a bitter taste in the mouth of many liberals across the nation, Democrats in Bergen County were celebrating.

Democrats swooped in on Tuesday and won a clean sweep of races across the board in Bergen County -- three freeholder positions, and the fights for sheriff, surrogate and county clerk, securing absolute power over the county government.

Despite an overall somber mood among Democrats at the Hasbrouck Heights Hilton due to the likely loss of former Secretary of State Hillary Clinton in the presidential race, there was a bright spot on Tuesday for Bergen’s Democratic voters:  Josh Gottheimer  was elected the new representative of New Jersey’s fifth congressional district.

Northern county Democrats came together this afternoon behind the gubernatorial candidacy of former Goldman Sachs executive Phil Murphy, essentially squeezing the life out of the prospect of the competitive primary that appeared possible as recently as one week ago.